‘Late at Night’ is the stunning new single from Kirsty Almeida, a phenomenally talented and much-heralded Gibraltar raised, Manchester based singer-songwriter who looks set to be one of the great new music discoveries of 2011. 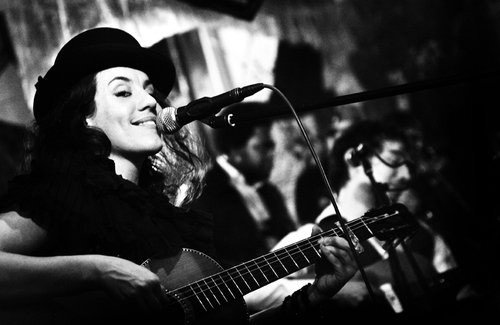 An impresario of secret gigs and moonlit balls, Kirsty stitches handmade CD covers for limited edition copies of her music, paints her own album artwork, creates her own elaborate stage costumes and is a rare and precious talent for whom writing songs is a platform for her natural creative energy.

Previously signed to Decca, Kirsty is now releasing her music through her own label ‘All Made Up Records’ with full creative control of her artistic destiny and ‘Late at Night’looks certain to cement Kirsty’s reputation as one of the UK’s best emerging songwriters. 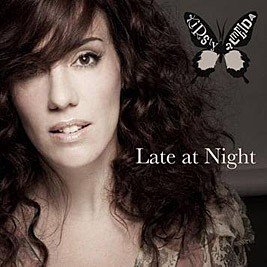 Recorded at the State of the Ark studios and featuring the production skills of legendary producer Youth (U2, Primal Scream, The Verve, Beth Orton and one half of electronic duo The Fireman with Sir Paul McCartney), the breezy, driving-to-the-beach-while-whistling tempo of Late at Night belies a deeper lyrical meaning.

‘Late at Night’ is a song about knowing that someone is flawed and that it’s not right being with that person,” says Kirsty. “You can deal with it during the day when it’s busy but in the silence of night you really struggle to get over them.”

Musically, Kirsty’s new single draws upon artists such as Aretha Franklin, James Taylor, Ani Difranco and Bob Marley for inspiration, blending them into a mix that feels totally her own and reaches deep into those starry skies, into the heart of what makes music real.

Backed by her fabulous seven-piece band, Kirsty has been winning rave reviews for performances at festivals such as Glastonbury, V Festival, Big Chill, Lovebox and Secret Garden Party and ‘Late at Night’ is tipped by many seasoned observers to be the track that secures Kirsty the critical and popular success that her almost limitless talent deserves. kirstyalmeida.com