Currently wowing audiences across Australia, Joan As Police Woman hasn’t had time to catch her breath since the release of her latest album, ‘The Deep Field’. In demand across Europe and the US, days off at home in Brooklyn have become a rarity. 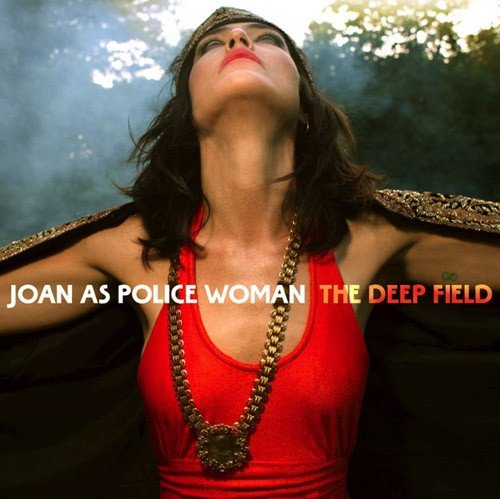 Joan follows her Australian trip with a month long European tour, more US shows, then back to the UK for a run of headline shows and festivals including a return to Shepherds Bush Empire on September 9th.

Meanwhile there will be a new single to sustain her ever-growing army of fans in the UK. ‘Chemmie’ from her latest album ‘The Deep Field’ will be released on August 1st.In Joan’s own words, new single, ‘Chemmie’ describes “the undeniable chemistry that soars past logic” existing between lovers – a sultry, carnal lyric wrapped up in the form of ‘60s Philly soul.

The latest JOAN AS POLICE WOMAN album, The Deep Field begins with the words “I want you to fall in love with me,” and continues to unfurl an unashamed lust for life. It’s unquestionably her best, most significant album yet – in Joan’s own words, “my most open, joyous record.”

The Deep Field – the title refers to a tiny and far distant part of space – follows the critical and commercial success of her previous albums, Real Life and To Survive and it confirms, if confirmation were needed, that Joan Wasser is a truly original talent; utterly captivating both on record and on stage.
joanaspolicewoman.com
facebook.com/joanaspolicewoman