Jake Morley is remarkable talent. A hugely popular artist on the London circuit, he draws a diverse and enthusiastic audience. 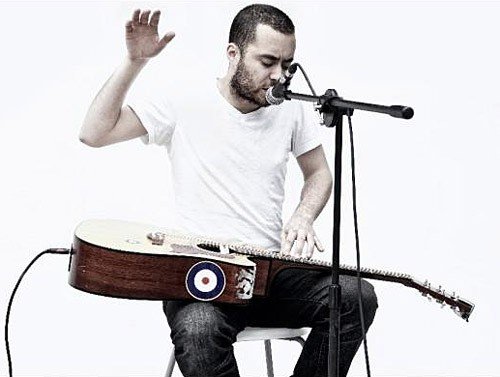 He releases his new single ‘Feet Don’t Fall Me Now’ this month with a follow up single ‘Freddie Laid the Smackdown’ in spring 2011.
His lap style guitar playing is jaw-dropping but it’s his songs the hook-filled melodies and poetic lyrics – that are growing his fan-base and reputation well beyond his home town. Whether gigging with his 4-piece band (which includes ex-Nizlopi double bass player John Parker), or as a solo performer, the reaction of the crowd is always one of pure delight.

Single Feet Don’t Fail Me Now will be out on January 16th, with the album Many Fish To Fry following in February, supported by a BBC Introducing live session in December, a UK tour and full radio and online promotion.
www.jakemorley.com
www.myspace.com/jakemorley