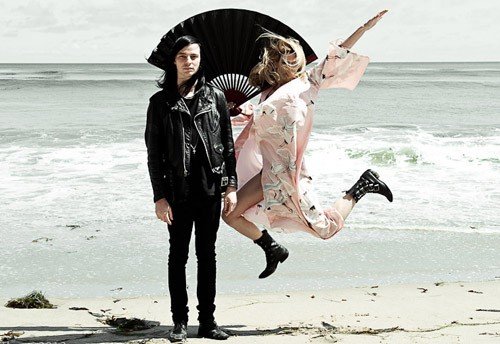 Watch and listen Io Echo (Ioanna Gika and Leopold Ross) new video for ‘When the Lillies Die’.
The Los Angeles duo is currently putting the finishing touches on their debut album which combines grand songs with unique textures such as Japanese koto harps and Chinese violins, the band have created towering tracks with a distinctive sound early listeners have been calling “the leaders of “Grunge Goth” and “New Orientalism”.
Io Echo have recently composed the score to the Harmony Korine + James Franco film ‘Rebel’. Their debut album Ministry of Love is out September 11th.
facebook.com/ioecho
ioechomusic.com
twitter.com/ioecho