Howling Bells will release their new album on September 12th on Cooking Vinyl. Recorded in Las Vegas with The Killers’ Mark Stoermer producing, The Loudest Engine will be preceded by a clutch of live shows, including a London date at the Electric Ballroom on September 15th. 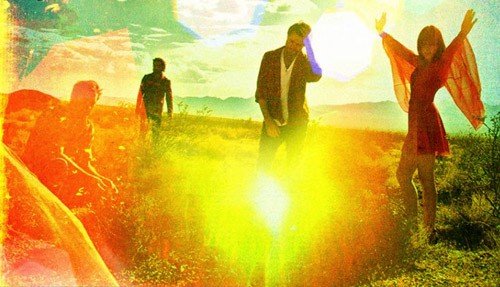 The album release will be preceeded by single “Into the Sky”, out on September 5th.
A raw, psychedelic third record, and the sequel to 2009’s “Radio Wars”, the recording of “The Loudest Engine” saw Howling Bells, the Australian-formed, London-based four piece comprising singer/ guitarist Juanita Stein and her brother Joel (lead guitarist), drummer Glenn Moule, and bassist Brendan Picchio – forge a sonic union with Nevada’s expansive surroundings and Las Vegas’s street-soiled vibe.

Says Stein of the album, “There’s a singular sound which is more folk and rock than our last two albums, but it’s interpreted in a modern sense. It wasn’t a conscious effort to make a ’70s tinged record. It was a very natural progression.