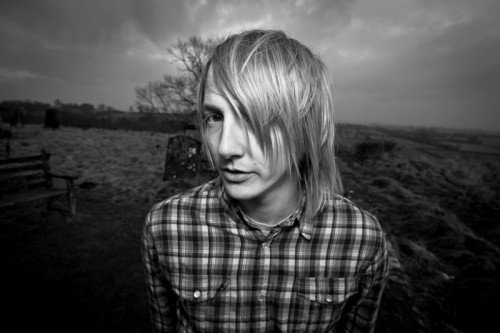 HOWARD JAMES KENNY’s “My Wrongs” is the latest single to be taken from “Shelter Songs” and is released on 10th October.
The release of Howard James Kenny’s début album ‘Shelter Songs’ marked the culmination of a unique two-year journey.

Emerging from a rusty, leaking cattle barn in rural Worcestershire after months of experimentation, Howard presented his beautiful, fragmentary tunes to a rapturous audience in March 2009.

Wowing early crowds with suites that build from the sweet hushed intimacy of classic folk-tinged Nick Drake to the climactic, spine tingling crescendo’s of Mogwai, Howard quickly earned himself the sobriquet; “a one man Sigur Ros”. Later he earned further comparisons to the Icelandic post-rockers with turns at 2000 Trees and Brainwash festival

Howard’s rare and bewitching combination of looped vocals, guitar and simple synth embraces the experimental spirit of Juana Molina and Battles’ immersive atmosphere while still retaining the tenderness of Stars Of The Lid.