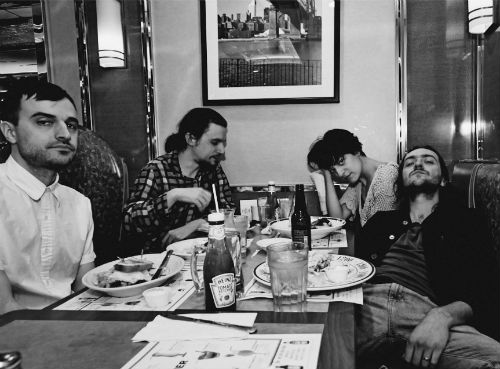 The intriguing video, for ‘Keys’, was directed by Beau Burrows & Tucker Bliss. Burrows explains: “Hooray for Earth has a wonderful ear – and, unsurprisingly, eye – for the foreign-yet-familiar and seductively strange, so when they came to us with the prospect of working on a video for their new album, we got excited….we developed and programmed a computer-controlled system of lights and motion control rigs that would flash and move in sync with the song.

This allowed us the freedom to shoot different objects and at different locations while keeping the perspective and lighting consistent; It’s motion and light control, all in one. Noel and everyone in Hooray for Earth brought a lot to the table during these exploratory shoots, which made collaborating closely with the band an integral part of the creative process. We certainly had a blast shooting it, so we hope everyone enjoys watching!”