Leading UK dance label Cheap Thrills have enjoyed another amazing year with â€˜I Think I Like Itâ€™ by Fake Blood becoming a worldwide club smash and providing the label with their first chart hit.

The label is about to start a new phase with album projects planned soon so they have compiled all their best single tracks released this year and put them onto a two disc set; one mixed by HervÃ© and the other unmixed. The album features exclusive tracks from scene legend Trevor Loveys, a VIP mix of Jack Beats â€˜Revolutionâ€™, rising garage stars C.R.S.T, Rufio feat HervÃ©, Donovans and new signing Baxta. 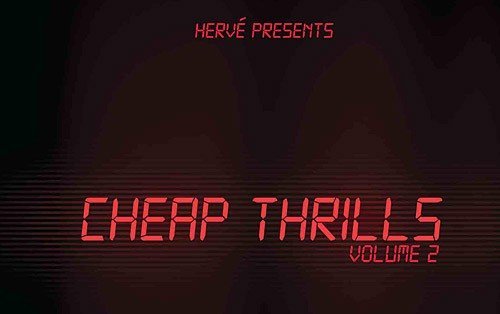 Cheap Thrills, founded by acclaimed artist and producer HervÃ© in 2008, has grown to represent some of the most cutting edge and notable electronic music to come out of the UK since the Nineties. Cheap Thrills boasts signings from the aforementioned Fake Blood, futuristic dance guruâ€™s Jack Beats, Project Bassline, Mighty Mouse, Detboi, Speaker Junk, High Rankin, His Majesty Andre and most recently the Italian 5 piece Reset!, who have just signed an album deal.