The beautiful and exhilarating ‘I Must Be A Lover’ is the latest single from Guillemots, released June 19th on Geffen. 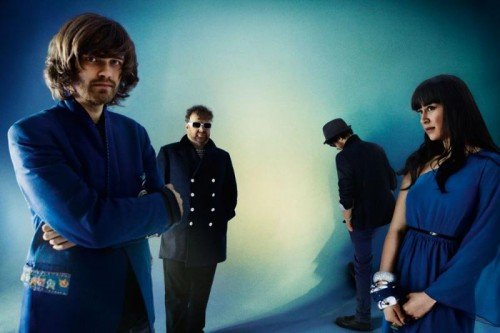 Taken from their stunning ‘Walk the River’ album, ‘I Must Be A Lover” is a rousing call of defiance against internal demons, a prayer for optimism which cascades its way into a joyous, jubilant finale.Written by Fyfe Dangerfield and Aristazabal Hawkes, it is at once anthemic and intimate, a soulful dip into gospel, pop and technicolour soundscapes, and a perfect soundtrack to the summer months. ‘Walk the River’ follows ‘Through the Windowpane’ (2006), ‘Red’ (2008) and last year’s solo debut by frontman Fyfe Dangerfield.