‘Iâ€™m Not Made Of Eyesâ€™ is the brand new single released by GENERAL FIASCO today for Infectious.

The track, taken from their debut album â€˜Buildingsâ€™ as been re-recorded with Gil Norton (Pixes, Foo Fighters etc.) and is the follow up to the radio hit â€˜Ever So Shyâ€™. 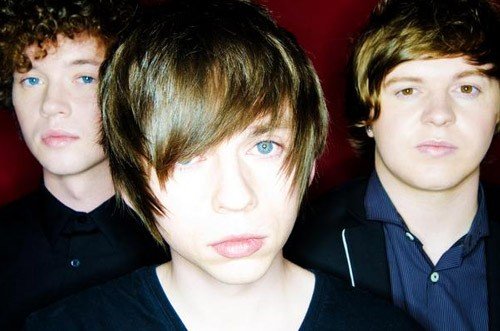 They will also continue to play round the country, with several festivals now being confirmed and dates in May with Kids in Glass Houses.

The video for â€˜Iâ€™m Not Made of Eyesâ€™ was directed by the internationally successful fashion director Sean Ellis and features the actors Emilia Fox and Shaun Evans, both of whom appeared in his Oscar nominated short film Cashback as well as having many other tv and theatre credits to their names.

It is a stylistic and gloriously dark promo where our heroine (Fox) is rescued from a soon to turn nasty scenario by her boyfriend (Evans) from the clutches of some unscrupulous videographers (General Fiasco)!

â€˜Buildingsâ€™ was released in March 2010 and described by Q Magazine as â€œchock-full of big chorusesâ€ and as â€œ(it) has that lust for life which is the hallmark of all great rock â€˜nâ€™ rollâ€ by Rock Sound.

The last single was added to the Radio 1 playlist and made single of the week on several shows, the video was also on the b-list at MTV2.