Sacramento’s Ganglians are set to release their new album, Still Living on August 23rd stateside via Lefse and August 29th throughout Europe on Soulterrain Transmissions. 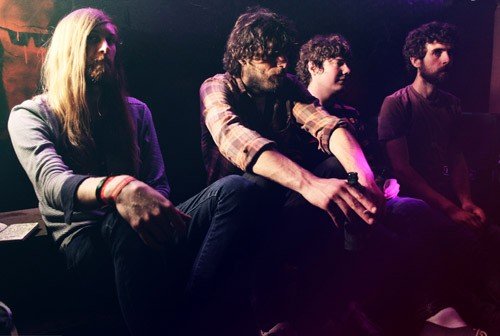 Pete Dee directed the video for “Jungle,” the first single from the new album, starring a grim version of the band sporting prosthetics courtesy of Beatrice Turner.

Ringing in at just under an hour, the double LP stays true to their psychedelic roots established on their self-titled debut and immediate follow-up Monster Head Room (both via Woodsist), they step it up a notch both stylistically and sonically by enlisting the help of producer Robby Moncrieff, who played a crucial role in the shaping of The Dirty Projectors Bitte Orca.