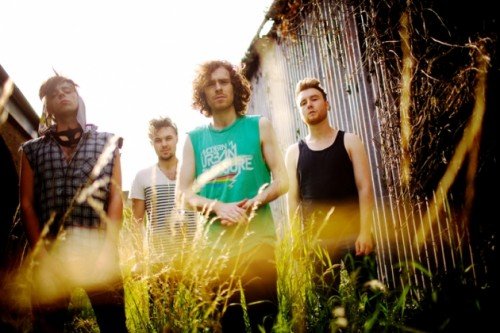 Holed up in a disused office space in deepest North Country Dublin, 4 young Irish lads with a shared love of epic, distorted guitars, art rock and electronica, set about writing an album.
2 years on and Funeral Suits’ ‘Lily of The Valley’ is ready for release, the result a debut of remarkable maturity, dark and mournful in places, epic and uplifting in others.

The album is set for release on 4th June through Model Citizen Records and was produced by the highly influential Stephen Street (The Smiths, Blur) who has been on board from the very start.
Funeral Suits – ‘Lily Of The Valley’
Album: Out June 4th 2012
(Model Citizen Records)
funeralsuits.com
facebook.com/FuneralSuits
twitter.com/#!/funeralsuits