Los Angeles based trio Foster the People will release their debut single ‘Houdini’ on April 18th on StarTime International/Columbia. 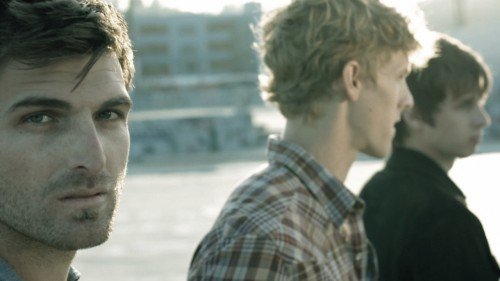 The band first caught the attention of fans early last year when they self-released the track ˜Pumped Up Kicks on their website for friends to share.

The L.A Times recently described them as being â€œlike Empire of the Sun or Phoenix after a summer in California and a few hours in the freezer.After being one of the most talked about bands at this year SxSW Festival with a string of explosive live shows , Foster The People are set to release ‘Houdini’ as their debut single in the UK.

With its Beach Boys-esque harmonies, shuffling drum beat and hypnotic synth lines, ‘Houdini’ is the perfect introduction to the band that is sure to soundtrack the summer and beyond.

Foster the People is Mark Foster, Cubbie Fink and Mark Pontius. The band is currently finishing their full-length debut which will be out later this year.

The band will play two London shows to coincide with the release of the single at Shoreditch Camp Basement on Wednesday 13th April and Hoxton Square Bar & Kitchen on Thursday 14th April.
www.facebook.com/fosterthepeople
www.fosterthepeople.com