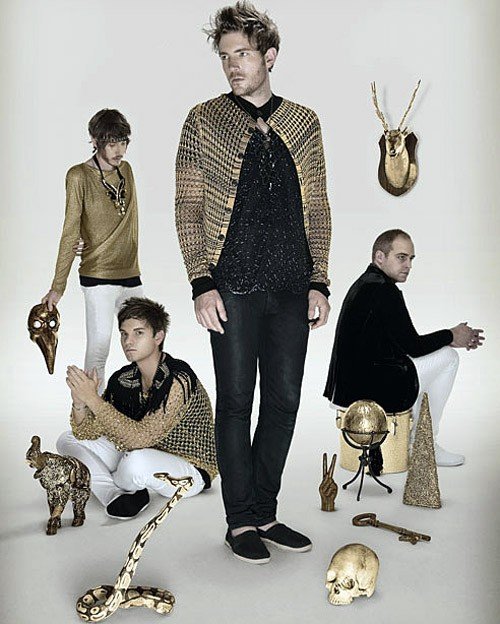 Demons is a dizzying shot of Parisian synths and pop melody, a typically immediate tale of late night confusion and self doubt, propelled with urgent dance floor beats.

Borne of a true faith in pop and fermented in the spirit of self-determination, Fenech-Soler’s radio-friendly nous and festival verve has delivered an explosive debut.

Driven on by lead single Lies playlisted at Radio 1 in August the band were nominated for Q Magazine’sNext Big Thing Award this month.

Having seen independently released single Stop & Stare play listed Radio 1 in May, and reach the Top 10 of the Dance and Indie singles charts, Fenech-Soler signed to Warners label B-Unique for the release of their debut album.

It is an album that begins with a blast, its opener Battlefields launching with a heavenly chorus of voices, before shooting into stratospheres of glistening synths and dirty brass. Lies rises slowly from the deep, a tale of lust and paranoia that becomes a glittery explosion of foot-stomping melancholy.

Golden Sun plays with rhythms that summon up the sultriness of desert heat; The Great Unknown takes a distant echo of French house in new, dizzying directions. And of cause Stop And Stare is their club and festival anthem ready and waiting, full of twitchy, urgent riffs, and hands-to-the-air vitality.

After an autumn that has seen the sell out shows of their debut tour, a Q Award nomination and the release of their acclaimed debut album, Fenech-Soler announce a new run of dates for spring 2011 with more dates to be added soon.

In what promises to be the band’s break out year, Fenech-Soler open up with hotly tipped single Demons on 24th January, before embarking on a tour that takes in their biggest headline date yet; London’s Koko on 31st March.