Part one of FEEDER’s plans for the summer of 2010 is ‘RENEGADES’, their seventh studio album.

Released on the 5th July 2010, it features eleven tracks including new single ‘Call Out’ and captures the heavier side of the band as witnessed on two ‘undercover’ tours earlier this year (where they performed under the name of Renegades and showcased new material to fans). 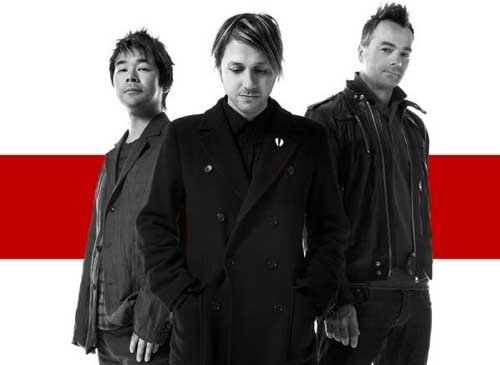 The band will be appearing at several festivals over the summer and will embark on the first Feeder tour since 2008 in October 2010. Part two to be announced soon â€¦

Fifteen years since the bands first release (which they sold at their own gigs) they are once again releasing music for themselves.

With 25 hit singles under their belt, 4.5 million record sales, 6 full length-studio albums – as well as the double platinum ‘Singles Collection’ from 2006 – founder members vocalist Grant Nicholas and bassist Taka Hirose with drummer Karl Brazil are going back to their roots, self-releasing on their new label Big Teeth Music.

As passionate as ever, but with a renewed sense of energy and excitement the band entered the studio last year to record songs written over the last 18 months.

With no label to appease or interfere, Nicholas felt like the band were starting over again and the energy and chemistry of the early days comes over on the new record.

The energy of ‘Call Out’ is infectious and sets the tone for this very raw, very honest album. Production is stripped down but they have kept the melodies and dynamics of what makes the classic Feeder sound.
www.Feederweb.com