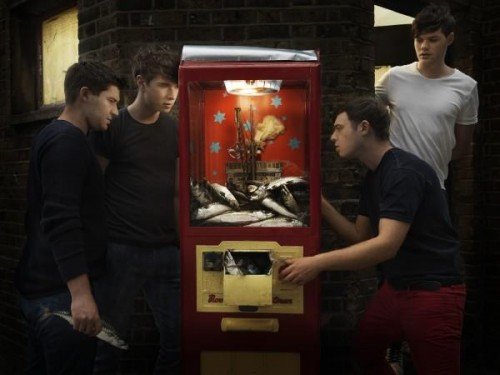 Taken from the album â€˜Man Aliveâ€™, which recently helped them win The Times Breakthrough Award at this yearsâ€™ Southbank Awards and has lined up an NME Award nomination for the Best New Band, itâ€™s a song dear to their hearts and moving for all who hear it.

EE are currently out on the road with the NME Awards tour 2011 which draws to a close at Brixton Academy on Sat 19th. These dates served to unveil an exciting new collaboration between them and up and coming British designer William Richard Green.

Already famed for their love of the practical one piece, EE were excited to have the chance to sport these exclusively designed outfits on the tour with Crystal Castles, Magnetic Man and The Vaccines.

Post this tour, EE are excited to announce three new shows for May â€“ ending in their biggest show to date at Londonâ€™s Shepherds Bush Empire.