The excellent Enter Shikari display an almost psychotic aversion to letting the grass grow beneath their collective feet by launching into a series of releases and activities to see out 2012: 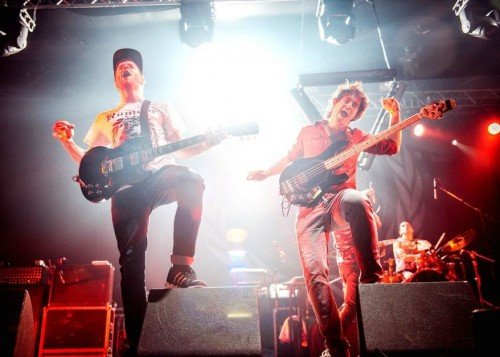 Live In London W6. Bootleg Series Vol.4″ will be released to coincide with the band’s UK tour in December (dates below).

A selected tracks will be released as a very limited WHITE VINYL LP…, every sleeve will be hand-painted by the band in their secret Hertfordshire fortress. 125 for each of them, in one of four different colours. These will be available only through the band’s online store entershikari.com/store in December.

The band’s U.S label – Hopeless Records of Los Angeles, California – will be releasing a North American only live 7″ and 3 track download this week, featuring ‘Gandhi…’, ‘Stalemate’ and ‘Sssnakepit’ all recorded at the same show.

These three tracks are also available via iTunes