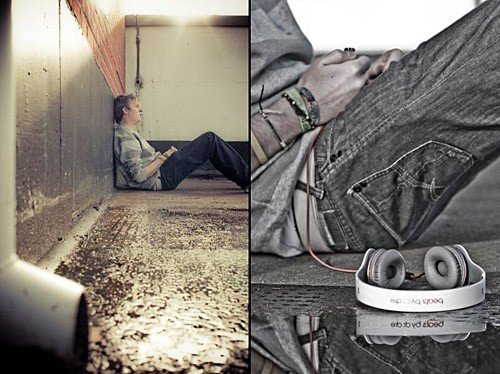 22 year old rapper Elro, from Chepstow – Wales, describes himself as “pretentious white boy who who’s main influence is getting rejected by women”.

A one-time stand-up comic and a full-time writer of rhymes filled with quick-witted metaphors, similes and hokery-pokery, echoing the sentiments and tomfoolery of a generation under the influence of modern life, Elro gained notoriety when his F64 for SBTV quickly became one of the highest viewed videos in the channel’s history.

Whilst Elro was clocking up 1.5 million views and perfecting his rhymes in his Mum’s backroom, down the M4 a small but noisy label called The Beats was stirring from a slumber.

Having witnessed that very SBTV performance, Mike Skinner felt finally there was a rapper in Elro who could live up to the standards of The Beats. As part of their new project The D.O.T.

Mike was in the studio with Rob Harvey and after reaching out to Elro, a studio session was swiftly booked in. It soon became clear that ‘Bad News’ produced by Mike, was a track finally worthy of The Beats seal of approval, and the label was re-born.

Iconic, shambolic and ahead of it’s time The Beats was the record label founded by Mike Skinner and Ted Mayhem in 2004 that kick-started a revolution in the UK rap scene.

Building on the success of Mike Skinner’s own musical persona The Streets, The Beats record label gave birth to some major recording artists such as Example and Professor Green.
elroraps.com
facebook.com/elroraps
twitter.com/elroraps