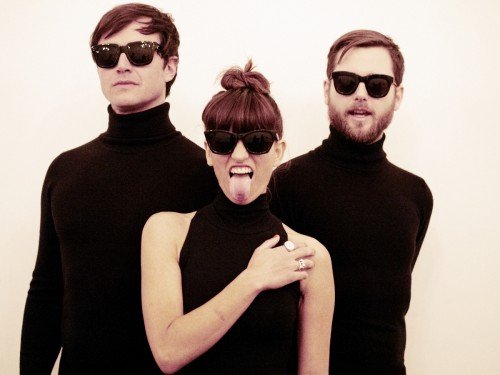 While Martina’s unique vocal will be familiar to anyone who loved the Martin Solveig collaboration – Hello, the pulsing beat and easy, energetic melody of Let It Go are distinctly Dragonette.

Naturally positioning itself as a summer anthem with hands-aloft verses and a fist-pumping chorus – ‘Let It Go’ is a club track that you can still sing along to on the radio.

After two years of touring, Dragonette are excited and relieved to be returning with new music. “We came at this record wondering ‘How does this whole writing thing work again?’,” says lead singer Martina Sorbara.

“Do we actually know how to do this part of our job? Are we ever going to write another song?, and so on. But now somehow, miraculously we have a whole album’s worth of songs that we all love and can’t wait to unleash on stage and in stereo.”

Dragonette promise the album will include the most raucous songs they’ve ever written and the most emotional and delicate songs they’ve created. “But I think the overall feeling it gives is clap-happy cheerful mayhem,” adds Martina.

The trio from Toronto have just finished a successful series of shows at SXSW and will be hitting the stage again when they play Coachella in the Californian desert next month.