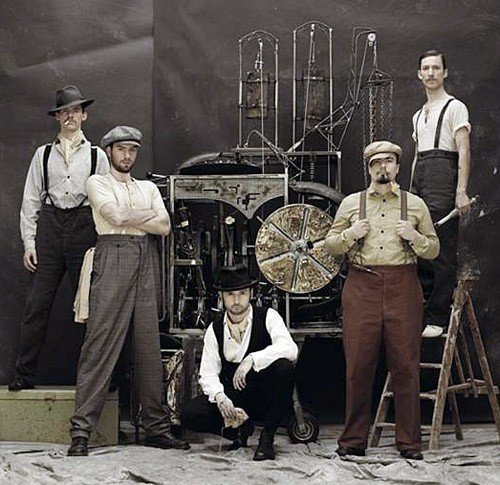 What do you do when in less than one year, you become one of the biggest alternative rock acts in your native land of Holland?

What do you do if your record tops of the year end lists of 2010, following critically acclaimed performances at prestigious festivals including Lowlands, Pinkpop, Sziget and Glastonbury?

De Staat has made a new album that meets all expectations. Machinery is the bandâ€™s second album and follow-up to their stunning 2009 debut Wait For Evolution.

Machinery is described by the band as a â€œgut-inducing slab of psycho funk.â€


â€œI often hear we sound like a machine when we play live,â€ says lead singer and songwriter Torre Florim. â€œI thought it would be fun to expand on that on this record and emphasize the mechanical elements in the music.â€