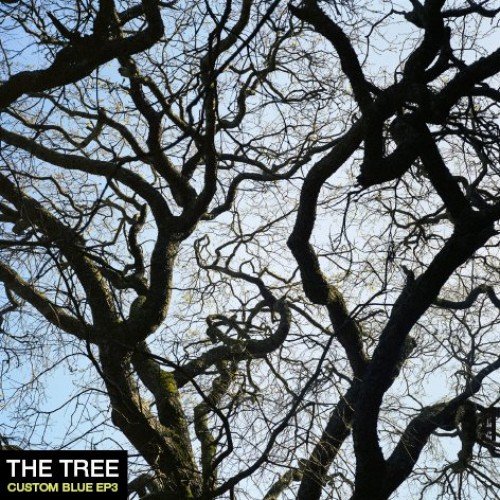 Following member Simon Shippey’s recent relocation to New York, Custom Blue found themselves in the position of having to make music remotely, starting songs independently and then swapping files for the other to continue.
Custom Blue – Summer’s Gone by Cannonball_PR
Custom Blue – Riverbend by Cannonball_PR
Nonetheless, the EP achieves a musical cohesiveness that stands as a testament to the band’s ability to overcome adversity to continue making vital music together.

Alex Pilkington commented: “Working remotely has its advantages in that you never know what you’re going to be getting from the other person”.

Simon agrees. “With no-one around to influence what you do, there is almost a greater artistic freedom, in that everything you do comes from a place of great selfishness, and therefore honesty.”

Opening track “Summer’s Gone” is perhaps the greatest example of this; improvised around an open-tuned riff by Simon in Brooklyn one night, it was then sent to Alex in Bradford on Avon the next day, only to be taken in a new direction which Simon never would’ve imagined at its conception.

This song also connects the band with two shared influences that initially brought them together as teenagers, Spiritualized and Nick Cave. “As you get older you start to look back at what got you excited about playing music in the first place.” the pair agree.

The EP also features “Walking On Measured Soles”, which sees the band untether themselves from song structure completely with a sound collage that manages to abstracted, yet still emotive.

“We wanted to make use of a lot of snippets of music we’d recorded over the years, which we felt were valid but perhaps wouldn’t have sustained themselves on their own” says Alex.

“Riverbend” features contributions from some of the musicians Simon has met in NY, including bass player Byron Isaacs, who has played with Levon Helm, Ryan Adams, and Alexander Bell.

“There’s so many fantastic musicians here, and it’s such a pleasure to meet like-minded people with an open-ness to playing that perhaps has been lost in London” says Simon. Final track “Let It All Fall Down” takes it’s inspiration from the Willy Loman character in Arthur Miller’s classic “Death of a Salesman”.

“It’s about the feeling of wanting to make everything right, then the feeling of uplifting relief of letting it all go.” muses the songs’ author Alex.

This EP stands as proof that despite the duos’ extra-curricular activities as musicians (Alex recently produced and played on Sophie Barker’s forthcoming Ho Hum album “Seagull”, and Simon continues to play with USA based singer/songwriter Ed Vallance, as well as their respective solo projects, The Willow and Peace For Old Ghosts), Custom Blue have truly found their feet as artists, and will continue to make music, despite the obstacles placed in their way.; “Custom Blue will always be my heart, my home.

Whatever happens, we will always be making music together.” says Simon.
Custom Blue – EP 3 The Tree – out on June 20th on Ho Hum Records
www.facebook.com/customblue