Currently finishing studio sessions with a range of different vocalists for their third artist album, due to be released in early 2011, the duo has high-profile remixes of Pendulum and Morgan Page due out in the next few weeks. 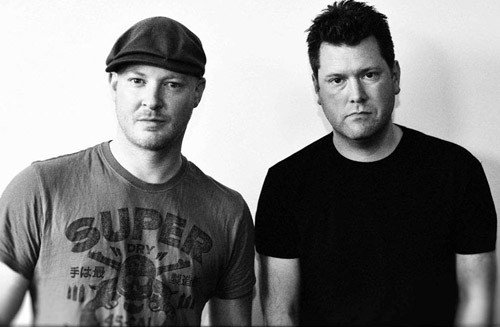 Following the release of their 2009 album, ROULETTE, Alex and Aaron have returned to explore the spaced-out disco sounds that characterised their early limited edition coloured vinyl releases.

â€˜Your Loveâ€™ is Cicadaâ€™s reverent update of the evergreen Chicago house anthem by Frankie Knuckles and Jamie Principle, and features the vocals of Megan Quarshie from up and coming band, Black Cherry.
‘Your Love’ Edit by cicadamusic
Itâ€™s currently being spun in its various forms by the likes of Quentin Harris, Orde Meikle, Funkagenda, AN21, Wally Lopez, and many more, finding favour with new faces and the old guard alike.

3 remixes come from Harry â€˜Choo Chooâ€™ Romero, with a full vocal, dub and drum dub, with further reworkings from DCUP (he of Yolanda B Cool and the No.1 hit â€˜We No Speak Americanoâ€™), and So Called Scumbags.

Cicada will announce details of worldwide gig dates later in the autumn.

Alex from Cicada said:
â€œWe are loving what is coming out of the studio. It all feels loose and fun- in fact the part of the whole scene we are involved in feels that way right now. The sun has come back out!â€
CICADA
â€˜YOUR LOVEâ€™
CRITICAL MASS
RELEASED 18 OCTOBER
www.myspace.com/cicada1