Leicester Square Theatre presents: Chris Dugdale: 2 Faced Deception:
Wooed by Angelina Jolie and praised by the Queen, Chris Dugdale is the world class magician, illusionist and mind-reader who was recently seen on Penn and Teller: Fool Us on ITV. Jonathan Ross was floored by what started out as a simple remote mind-reading trick, then turned out to be so much more… 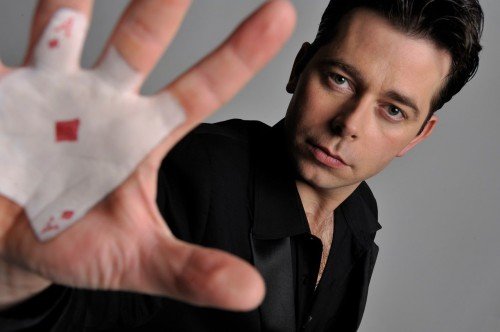 Have you ever wondered how somebody can influence from afar? Have you ever doubted the evidence of your own eyes? In a show that fuses remote mind-reading and dramatic construction by a consummate showman and magician, Chris creates an enthralling interactive piece that may well end up being one of the theatre highlights of the year.

Chris explains of his recent TV appearance: “I wanted to do something dramatically different for this very popular show, something that would live with the audience for a long time afterwards, an iconic set of images that thrill, surprise and enthrall. Penn and Teller are the world’s premier magic double act with tremendous skill, panache and exuberant creative energy. Being invited to show them my very unusual piece was enthralling for me, and the roar the audience made on the night was immense and Jonathan Ross was completely floored which was great fun!”