Vintage-pop sensation Caro Emerald describes a whirlwind love affair as she wraps her lyrics around a starlit rum-tipsy piano-jive melody. 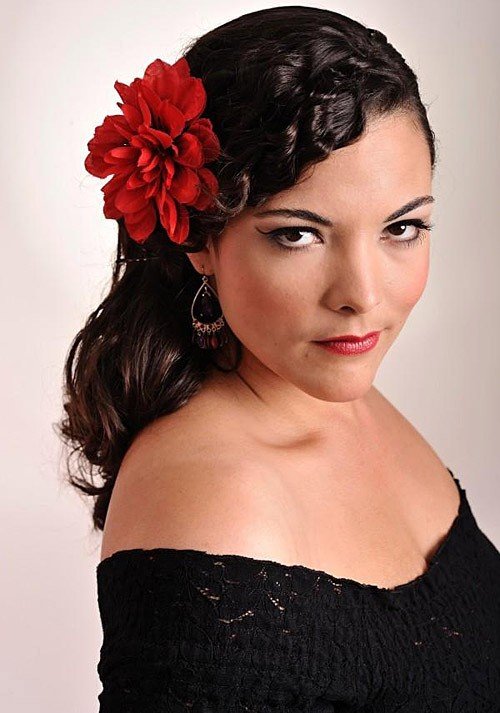 While eyes look forward to the next grand sound, Caro’s influences stretch right back to a post-war sound and aesthetic, crafting a world full of carefree players and glamorous women.

‘The UK release of ‘A night Like This’ was originally scheduled for release in February, but a routine check up found a polyp on Caro’s vocal cord and, having undergone surgery, Caro was forced to delay all touring and promotion for three months.

Now, with Caro well on the way to recovery, the single will be released on May 16th.

‘Deleted Scenes From The Cutting Room Floor’ was released in Holland in January 2010, and soon became a countrywide smash.

Caro and her producers David Schreurs, Jan van Wieringen and Vince Degiorgio set about crafting a whole album of original material inspired by her love of 40’s and 50’s film and music, making it accessible for a modern audience.

From swinging opener ‘That Man’ all the way through to the last track ‘The Lipstick On His Collar’, and taking in the jazzy, sassy ‘Stuck’, the laidback ‘Riviera Life’ and the ubiquitous, immediate ‘Back It Up’, Caro Emerald has swiftly proved herself a fantastic pop artist with an appealing aesthetic.
www.myspace.com/caroemerald