After just 5 releases Botâ€™Ox have cemented a place on the international electronic scene, with releases on prestigious labels such as DFA, DC recordings, Grand Central and Iâ€™m a clichÃ©.

Botâ€™Oxâ€™s eagerly anticipated debut album, Babylon by Car, set for release on the 25th October is a forward thinking collection of electronic music for after dark listening.

Within the entangled leads, looms, synths and hardware of a soundproof room near the RÃ©publique district of Paris Babylon by Car was created.

Opening track Motor City begins with crisp minimal keys, which gradually builds to an impressive handclapping crescendo folding seamlessly into Bearded Lady Motorcycle Show, where club-ready, freak-beats are sure to make you mad-for-it. 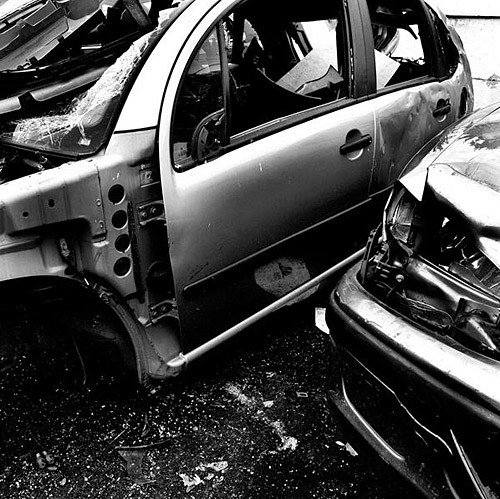 Already famous with discerning dance floors in France, Blue Steel is the next single to be released in the UK on the 4th October.

Lofi melodies and searing rhythms are effortlessly guided through the track by the misty voice of Anna Jean from Domingo.

This is the type of track you will want to get up close and personal with.

Early releases by the duo such as, Car Jacked and Crashed Cadillac which feature on Babylon by Car are easily recognisable by their dark, disquieting beats.

Some of the newer material is notably mellower but all the time maintains an essence of foreboding.

On Tout Passe, Tout Lasse, Tout Casse, Botâ€™ox enlisted the voice of Judy Nylon one half of cult band Snatch, from the No Wave New of the late York 70â€™s.

Other guest vocalists on the record include Mark Kerr on tracks Tragedy Symphony and Slow Burn.

Botâ€™ox have given birth to an innovative and utterly new sounding French electronic record.

Babylon by Car, falls somewhere between post-punk and pop, electronic and rock and is definitely an album worth delving deep into.