Parisian motor fetish electro poppers, Bot’Ox puts it into gear and takes to the Autobahn with their latest single, â€˜Overdriveâ€™ out on Iâ€™m A ClichÃ© Records this June.

Jammed packed with up-tempo rhythms, mad synth lines and freaky melodies at every sharp turn, â€˜Overdriveâ€™ is the perfect long haul, road trip soundtrack as you put pedal to the metal on the highway to where ever. 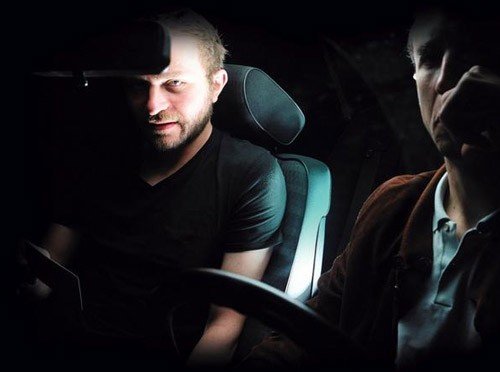 A tried and tested formula, the reaction to the track at the end of the bandâ€™s new live set has proven to be most welcoming. The crowd loves it and so do Botâ€™Ox. Already a staple fixture in the buzzy Parisian scene, the duoâ€™s debut album will be released in September and the boys look set to rev it up.

The 12” package comes with 4 choice remixes.

Morgan Geist, of Metro Area fame and Environ’s head honcho, adds a furious groove to the original while keeping the tension alive.

French duo Logo, hotly tipped newcomers, take it straight to the dance floor and last but not least, Welcome Stranger (aka Thomas Bulllock from Rub n Tug) uses the handbrake to give us a deep, beat less and dubbed out version.
www.myspace.com/babylonbycar