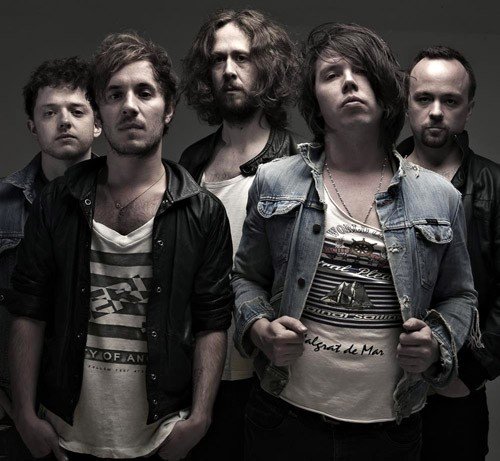 Billy Vincent announce second EP and showcase St Catherine’s Oratory video:
Billy Vincent’s new EP, ‘Once On The Grand Union’ is released through Something Nothing Records on October 17th.

Fronted by long time compatriots and best friends, Billy Barratt and David Vincent, the band have crafted a collection of songs that are as lyrically stimulating as they are musically.

From the sinister tale of ‘St. Catherine’s Oratory’ and its relentless chant of “looking for the monsters from under my bed”, through to the sprightly feel good message of ‘Through Stations For Trains’, Billy Vincent demonstrate a flair for creating diverse numbers, yet still keeping their own inimitable style and sound.

For the band, this latest EP is one that is close to their hearts, with frontmen Billy and David stating, “We knew that ‘Once on the Grand Union’ would be an opportunity to suggest where we’re heading with the debut album; both sonically and structurally it’s a development from earlier recordings. Each song offers something different but is still tied in; there are lots of twists and turns but the curtain falls on a happy note. The Grand Union Canal is an important thing to us, particularly the London stretch, these songs took a lot of inspiration from time spent there.”

Produced by Billy Barratt and Junk Scientist, the band also made use of an array of instruments with extremely accomplished musicians at the helm throughout the EP. B.J. Cole famed for working alongside Elton John, Bjork, Elvis Costello, Graham Coxon to name a few, adds his distinctive pedal steel to ‘Young Hearts’ and ‘Truly’, and Martin Rossiter formerly of Gene, plays Hammond on the EPs opening two tracks and electric piano on ‘Young Hearts’.

To coincide with the release of ‘Once On The Grand Union’, Billy Vincent will play an EP launch gig at The Wheelbarrow on Thursday 29th September, along with some very special guests. A full-length album from the London-based five piece will follow in the new year.
billyvincent.co.uk
facebook.com/billyvincentmusic