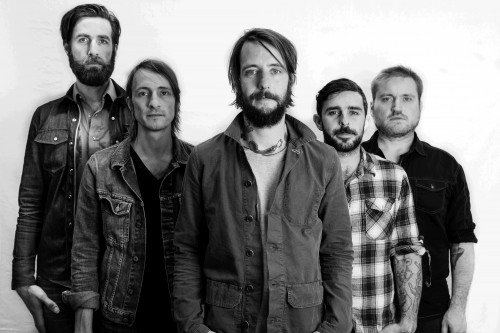 Check out Band of Horses’ new video, directed by Christopher Wilson, for ‘Knock Knock’, taken from their fourth album, ‘Mirage Rock’ (Brown/Columbia), released on Monday 17th September.
‘Mirage Rock’, recorded at Sunset Sound in Los Angeles, is produced by Glyn Johns, who was inducted into the Rock and Roll Hall of Fame this year in recognition of his work with The Beatles, Bob Dylan, The Rolling Stones, The Who, Led Zeppelin, The Faces, Eric Clapton and many more.