It’s a small wonder that rockers ASIWYFA (And So I Watch You From Afar) actually managed to record their highly-charged second album Gangs at all with their punishing schedule. 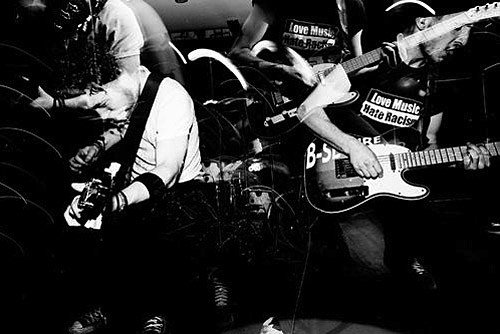 ASIWYFA – Gangs [RIC025] by Richter Collective
It was recorded on weekdays between festival appearances over the summer of 2010 during July and August in Start Together Studios, Belfast with producer Rocky O’Reilly and the help of a young technician by the name of Lee McMahon.

A matter of weeks before they entered the studio, the band scrapped 22 songs they had written after the release of their self-titled debut.

“We spent the last year and a half writing but we essentially did this album in eight weeks,” Guitarist Rory Friers says of the decision. 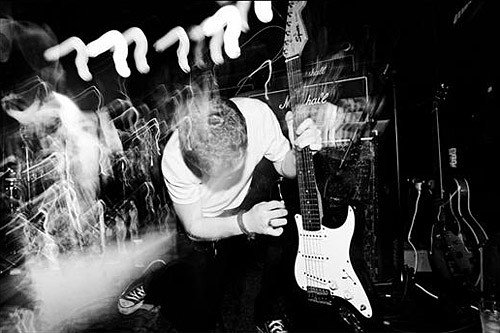 “We suddenly took this notion that we didn’t like any of the songs.

This was four weeks before we went into the studio. We had demoed the whole thing and had it all mapped out. We took bits and pieces that we liked but we wrote a whole new set of songs. It’s worked out.”

As a result, Gangs is the band’s most cohesive record, a 44 minute, eight song unyielding document of the band’s last two years playing together told through ironclad guitar riffs and colossal yet increasingly subtle rhythms.

“We had a far broader experience of things,” says Rory. “We really wanted to try and get it on the record, which sounds weird because we’re an instrumental band, but there are songs on there that we specifically wrote to try and capture the vibe of new and meaningful things that we’ve all experienced.”

The heart of Gangs is a section entitled Homes: ‘Ghost Parlor KA-6 to Samara to Belfast’ which spans tracks six and seven.

It’s a near 10 minute epic which taps into the emotions of returning to familiar places and visiting new ones for the very first time.

“It’s a cheesy thought but we wanted to capture our journey through touring: seeing so many different things, unexpected happenings, sudden changes and then a homecoming,” Rory explains. “The end of that tune sums up the relief and elation of coming back into Belfast and getting to see our friends and family again.”

It’s a sentiment echoed by the title of the record – Gangs. “In the same vein, everything we’ve done, places we’ve played all, people we’ve met, all circulate around these pockets of people, pockets of scenes and pockets of culture. These gangs of people who emanate from everywhere. It’s that DIY / The Clash / Black Flag sort of thing that our band is like a gang sometimes.”
And So I Watch You From Afar – Gangs IS OUT NOW
http://www.facebook.com/andsoiwatchyoufromafar
http://www.myspace.com/andsoiwatchyoufromafar
http://www.richtercollective.com
Photos by Graham Smith