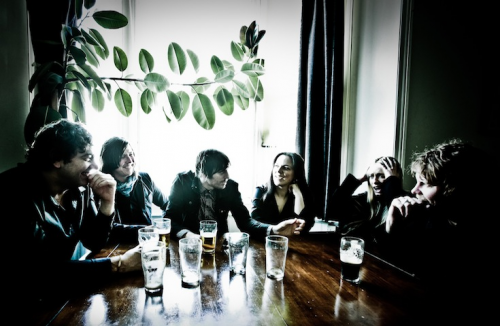 Check out Man Without Country’s massive remix of ‘Wiped Out’ by the amazing Archive, the track is taken from their upcoming ‘Wiped Out / Violently EP’, released on July 2nd.

‘Violently’ also comes with a suitably dark promo video directed by legendary graphic designer Brian Cannon who created album covers for Oasis and The Verve.
Following the EP, Archive will release the album ‘With Us Until You’re Dead’, produced by long-time collaborator Jerome Devoise, will be released on the band’s own Dangervisit Records via Cooperative Music on 27th August 2012.

With a new record deal, ‘With Us Until You’re Dead’ has a UK release and the band couldn’t be happier. “It’s great to be a big band all over Europe and we don’t take it for granted, but we’re a UK act, and we want to be successful here too,” says Keeler.

This Autumn will see Archive embark on an extensive European tour that includes two nights at the Zenith in Paris on 16/17th November before ending in Prague in early December. A London headline show will be announced soon.
Photo by Brian Cannon @ Microdot
archiveofficial.com