Antlered Man are back with a new single ‘Outrages 1 ta 3’ on June 13th to pulverise your senses. Weighing in at a hefty 6 minutes long, it’s clear that the boys are not aiming their sights at Radio 1 playlist domination, however their plans are equally ambitious. 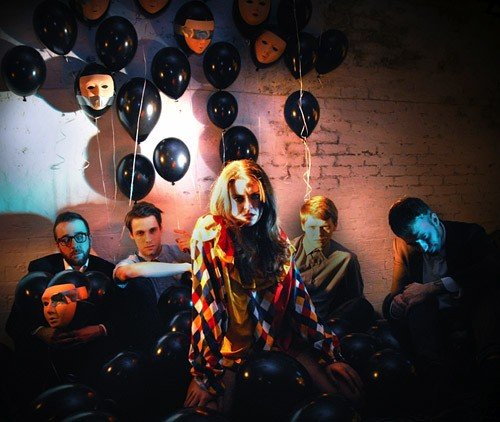 Antlered Man are an anomaly and ‘Outrages 1 ta 3’ is a perfect example of why this band are on the cusp of reinventing a scene.

The track starts with Danny Fury’s strung out and schizophrenic guitar at it’s tamest, setting an almost tantric sounding rhythm that is soon juxtaposed by the introduction of Sam Ray’s distorted bass.
Outrages 1 ta 3 by Antlered Man
Damo Ezekiel-Holmes’ unique lyrical style has lead to an influx of comparisons with System Of A Down – as with Surrounded By, he manages to keep control of his voice throughout, only truly bellowing at a couple of points, while availing pitch-perfect delivery of the cutting vocals for the remainder of the track.The song twists and churns, changing time signatures throughout.

Breakdowns have an eastern feel with hypnotic chanting and drums, before you are donkey punched by a harsher, apocalyptic sounding guitar riff. It’s a sound that shouldn’t work, but Antlered Man are forging a path where others fail.

With their b-sides, Antlered Man show a talent for turning pop on its head. First it was The Archies with their 1969 smash hit ‘Sugar Sugar’, now it’s the turn of 90’s queens of smooth groove – En Vogue, with a cover of their Grammy-nominated hit ‘Don’t Let Go’.