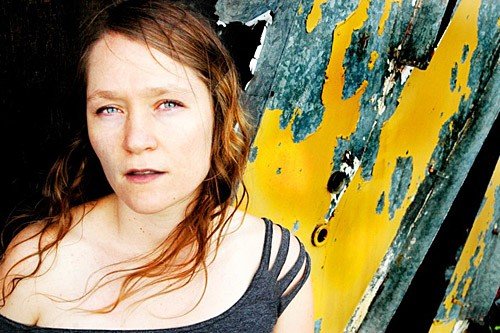 Anomie Belle Gives Away Free Track – Ain’t No Sunshine – From Single Inky Drips (drops on 17th October). Ain’t No Sunshine by Anomie Belle
Anomie Belle’s dark, introspective and sensual electronic music has been garnering much attention since her debut in 2008, and she is back with the provocative new single Inky Drips. Listen for yourself.
Inky Drips (Damiak Remix) by Anomie Belle
It didn’t take long for critics and filmmakers to notice Anomie Belle’s music. Her music has been featured in Xbox’s Alan Wake, Showtime’s United States of Tara, and MTV’s Jersey Shore.

Her music is a mix of electronic and organic instrumentation, fiercely sensual vocals, and thickly layered, ethereal soundscapes. The more you listen, the more you’ll find.

“I grew up in your prototypical American suburb,” Anomie Belle explains. “The manicured lawns, strip mall parking lots, chain stores, and massive expanses of cement and housing developments depressed me. I chose the moniker Anomie Belle to speak to the decadent alienation of the American dream. Growing up, music became my outlet. Bored by video games and dollhouses, I plunked away on my parent’s piano for hours at a time, teaching myself to play blues riffs and writing little pop songs.”

This 4-song EP centers around the track “Inky Drips” off her upcoming record The Crush, which releases on 7th November.
www.facebook.com/anomiebellemusic