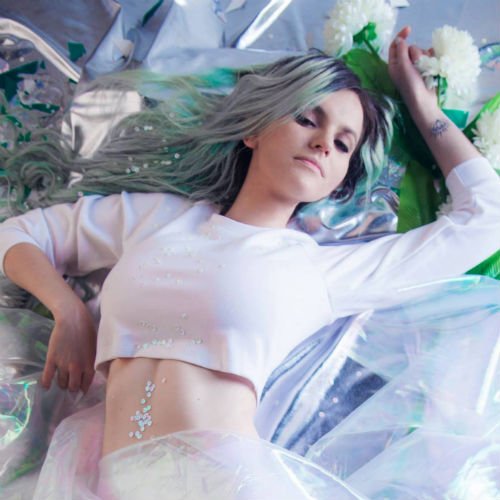 Israeli singer, rapper and producer, ADI returns with ‘Save Me From Myself’, her new strong single taken from her forthcoming EP, which is due for release later this year. ADI reveals: “I suddenly felt so alone even though I was surrounded by so many people. I felt like no one wants to hear about your ache, they mostly want to hear about the happy ending or that you’re doing great. I was so sad to realize that, at the end of the day, we’re alone”. But she says ending on a note of positivity “we can make something new and unique out of that”.

Tel Aviv-based ADI, grew up in Jerusalem. Influenced by the sounds of electronica in her childhood via her older brother, she says “when I finally heard Radiohead, I felt I’ve finally found what I want to do – a combination of electronic music with the warm sound of live instruments.”

In case you missed them…Check out ADI’s massive debut mixtape ‘Shit Just Got Real’ released in 2013 alongside music videos for A.D.I, My Heart and Stop This Train. And her second EP ‘Hurricane Girl’…