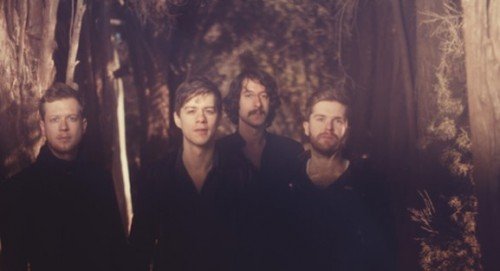 On July 30th 2012, Oxford quartet A Silent Film will release their amazing new EP, ‘This Stage Is Your Life’ through Creative Media. Conceived in a makeshift recording studio in Cave Creek Arizona, the EP also features a soaring piano version of ‘Danny Dakota and the Wishing Well’, which appears on the new album ‘Sand & Snow’.
In 2010, while on an eye-opening American tour, the band decided to relocate to Phoenix, Arizona. “We felt like we always had a kinship with America,” vocalist/pianist Robert Stevenson says of the creative benefit of the move.

“Previously, I had been inspired by American writers, musicians, and filmmakers, but written everything in Oxford.

Suddenly, we were flung into the eye of a cultural hurricane, travelling from state to state day after day – you couldn’t help but be inspired by this wealth of new experiences. We decided we had to stay here to capture this album.”