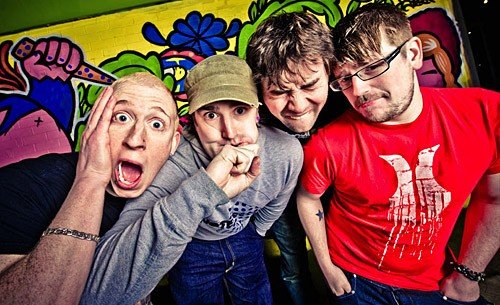 Also known by the moniker APY, A Poetic Yesterday have won a fanatical fan base all over the UK with more than 500 live shows and headline appearances at venues such as the Birmingham O2 Academy, the Manchester O2 Academy and The Cockpit in Leeds.

Now with their new single The Movie: Director’s Cut, taken from forthcoming album Revolutions, the band are set to gain the national recognition they deserve as one of the UK’s best Pop-Punk bands of recent years.

Drawing on influences from punk, grunge and good old fashioned rock, the band recently signed a two album deal with Banter Music and describe their current sound by saying ‘If Nirvana, Blink 182 and Four Year Strong had babies, A Poetic Yesterday would be the result’.
‘The Movie: Director’s Cut’ released October 31 2011
facebook.com/apyarmy
twitter.com/apyarmy