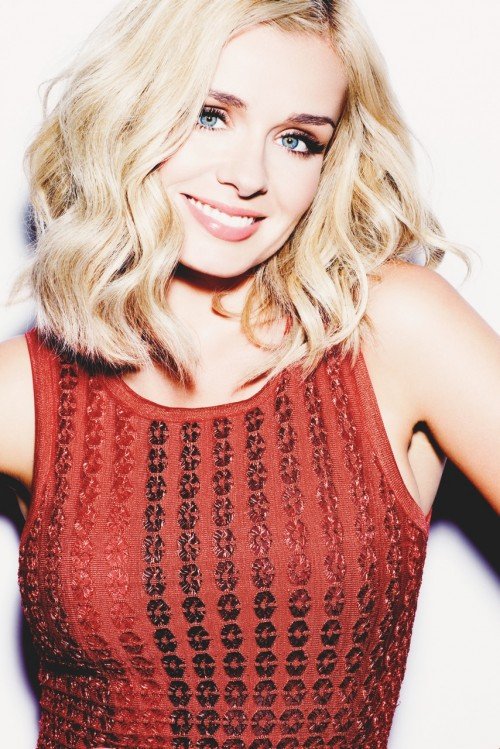 The album sees Katherine return to her musical roots. With album sales in excess of 5 million copies and now with a global fan base since the release of her biggest selling album, 2009’s Believe, which went Platinum in many countries across the world, the record reflects her global success and signals the start of the next stage of her life. 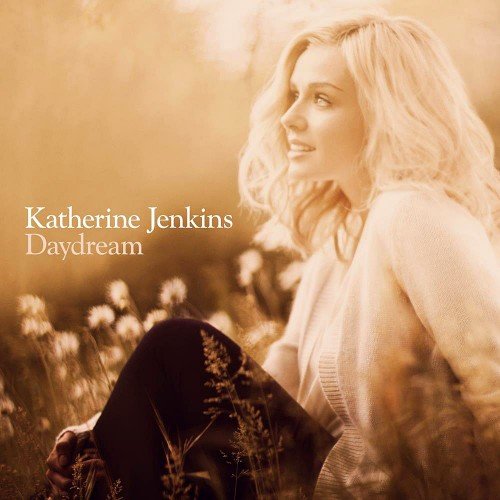 Having reached a whole new audience in the UK as a judge on two seasons of ITV1’s hit entertainment show, Popstar to Operastar and starring in last years Christmas Special of Dr Who, assured and confident, this album shows Katherine at her very best.
HERE’s our chat with the lovely Katherine:

FAME: Your new album Daydream is decribed as one of your most personal to date can you elaborate on that?
KJ:Daydreams are often our most intimate thoughts, things you only think and wouldn’t tell anyone. The songs are about things like love, unrequited love, missing someone, dreaming of another life… All great topics for daydreams! Also the musical style is much more intimate and personal. Although still performed with orchestra, it does not have the drama and theatrical qualities of my last album ‘Believe’. I wanted people to be able to put this album on and it either enhance their mood, make them think or help them to not think at all!

FAME:You work covers a variety of musical genres, is there one aspect you prefer more than another?
KJ:My albums have always included a variety of music from different genres that I love. On this album there is everything from folk songs, hymns, Ave Marias, Musical Theatre, classical & pop. I think I will always feel the most comfortable in the classical side of things as that is where my background is but I also live experimenting with other musical styles.

FAME:What music genres do you listen to at home?
KJ:So may different things… I listen to Opera, Classical, Jazz & blues and listen to pop, R&B and dance music when I’m put running in the park.

FAME:Does your partner Gethin attend your concerts, does he enjoy your music?
KJ:He is a great musician himself being Grade 8 in Piano & Violin.

FAME:Myleene Klass famously wen’t from performing classical music to TV presenting is that an avenue you may look into in the future?
KJ:Who knows! I do enjoy the TV side of things but singing will always come first.

FAME:You appeared on TV this past Christmas in Doctor Who, how did that ocme about and did you enjoy the experience?
KJ:I got a call from the show asking me if I’d be interested as the part of Abigail was a singing role. At first I panicked as i have no acting experience/training but wanted to give it a go as it’s such an iconic show. I decided to read for the casting director and let them decide if they thought it was good enough! I got the call the next day, which also happened to be my 30th birthday, to say I got the part. I thought it would be very hard for me as I would feel massively out of my comfort zone but I actually loved it.

FAME:Were you a fan of Doctor Who before you appeared in the programme?
KJ:Yes of course, it was definitely something I watched as a child but it used to scare me!

FAME:Is acting something you may pursue further?
KJ:After Doctor Who, it is definitely something I would consider. I wouldn’t be interested in just straight acting though, I would still want there to be music involved. A musical film would be perfect!

FAME:Do live performances still give you an adreniline rush?
KJ:Most definitely. I feel very calm on stage and rarely get nervous but afterwards I find it very difficult to sleep and takes ,e a good few hours to wind down.

FAME:What plans do you have for the rest of 2011-early 2012, will we be seeing Katherine Jenkins on tour to promote the new album?
KJ:I will be touring 21 cities across the UK throughout Jan & Feb 2012. I will be playing all the lovely theatre venues with the National Symphony Orchestra, performing songs from all my albums and from Daydream in particular.

FAME:Finally can you tell us soemthing that we may not know about you?
KJ:I’m double jointed.
DAYDREAM is out an October 10th 2011 on Warner Bros Records
katherinejenkins.co.uk
twitter.com/kathjenkins