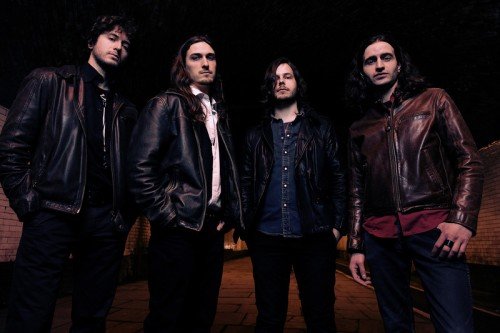 Zodiac N Black are vocalist Jad, Guitarist Jim, bassist Hank and drummer Luca. ‘The Aftermyth’ is their long awaited debut album it was mixed by Alex Newport (The Mars Volta, The Melvins, and Sepultura. ZODIAC N BLACK – ‘Bastinado’ by matrixpromotions
This band managed to stay heavy without being imposing, catchy without being pop and southern without being cheesy, these guys have created a sound which is unique to them and it’s a winning recipe.

The album launch will be held at Madam Jo Jo’s on the 19th January. zodiacnblack.com