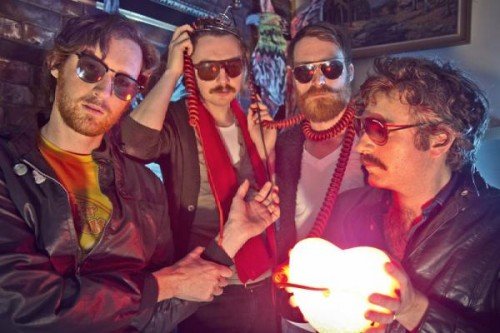 Check out the UK release of ‘Are You Gonna Waste I My Time?’ by Zeus.

Signed to Arts And Crafts and the sometimes support of Broken Social Scene, Zeus are not so much typical of the Canadian indie scene as they are classic British rock circa 1974-1975.

Taking their name from a mythological God, Zeus are a three- headed beast.

Boasting three lead singers in Mike O’Brien, Carlin Nicholson, and Neil Quinn ( not forgetting Rob Drake on drums), The Ontario outfit have gained attention across the pond for their bustling throwback style and guitars crunch with power pop. 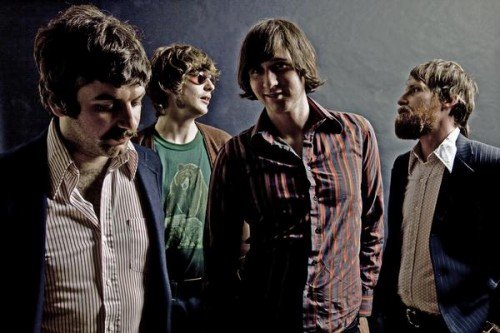 A vision of guitars, hair, beards and glasses, you could be forgiven for thinking that this quartet have just been released from a time capsule buried beneath Paul McCartney’s basement.