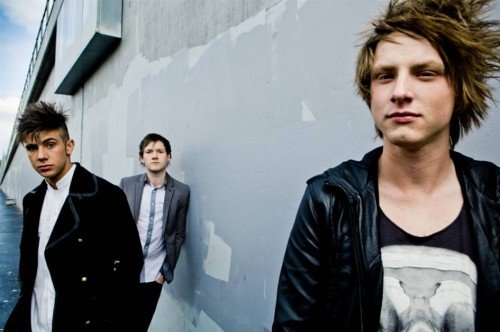 The trio of 20 year olds – all from Hertfordshire and Essex, are self described as “hustlers, wideboys, like the rest of our generation,” formed the band just over a year ago, claiming that “poverty and boredom lights a fire under our arses.”
Wideboy’s live gigs are fast-becoming as legendary as their travelling fans, who have been described as “the best looking crowd in rock ‘n’ roll,” and Joe claims that “They certainly know how to party. Girls love it. Boys love it. We love it.” 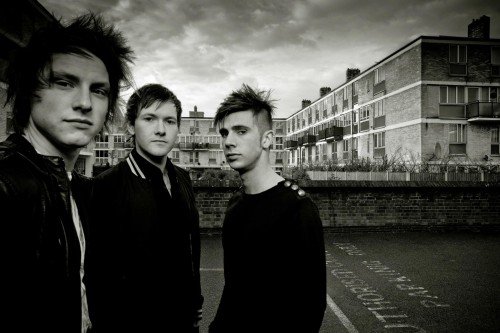 Let’s get to know more about these young and charming rockers:

How did you get together?

We’d been gigging on the local circuit for years in different bands so we all knew each other through that. Naturally, bands dissolve and change and Joe and Aid ended up writing material together.

After a rather messy and sleepless night out in Camden, Aid and Jam jokingly decided that Jam should start drumming for them, and the idea didn’t seem so silly the next day, and after he turned up to rehearsals without learning the songs (and still nailed them) we started to make history.

Who you are and what you do when your not playing?

Aside from the band, we’re pretty much classic blokes-Jam cleans vans, Joe’s a builder and Aiden puts up marquees in the pissing rain. The band is our main focus-and of course the social life that comes with it!

What does the name mean?

The term Wideboy is a slang term for a bit of cocky geezer who does what he does to get by. It seems to apply pretty well to us and a lot of our mates and is a bit of a commentry on our generation.

No-one gives you a job for nothing these days – to survive you’ve gotta hustle.

Any word on the rock scene at the minute?