Vadoinmessico are a 5 piece band from several corners of the Earth residing in London and playing beautiful, nostalgic psychedelic folk-pop. Giorgio (from Italy), Salvador (from Mexico) started the band and were soon joined by banjo player Stefan (from Austria) and Alessandro (also Italian), and their English drummer Joe. 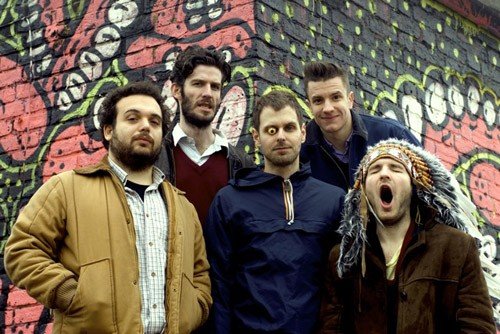 They have recorded their debut album, with the help of mix engineer Craig Silvey (Arcade Fire, Portishead, etc) and are now ready to enchant the world with their exceptional sounds.

Vadoinmessico make music that reflects their culturally diverse origins, and their migratory status in London.

The themes that run through Giorgio’s songs are those of the nostalgia of lost lands and lost loves, and but set to the warm and exotic tones of the Mediterranean and Latin influences that permeate their entirely unique sounds.

However, there is also a dimension to Vadoinmessico that is pop, playful, beautiful, and warm – which will appeal to all.

2011 sees a new era begin for Vado as they prepare for a series of single and EP releases in the UK and Europe for Spring and Summer, and an album in the Autumn, to considerable anticipation after already being play-listed on national radio in Germany, being featured on NPR in the USA, playing one of the buzz shows at SXSW in 2010, and having sold more than 3000 copies of their self-released debut EP last year.
Curling Up Your Spine by Vadoinmessico
The band’s debut single, ‘Curling Up Your Spine’, is released this Spring on T.O.D.O Records/Outcaste.
www.myspace.com/vadoinmessico