Hot off the heels of their intimate club tour and a support slot with Angels & Airwaves in Europe, Glaswegian rockers Twin Atlantic hit the road this Spring with a headline tour of the UK. 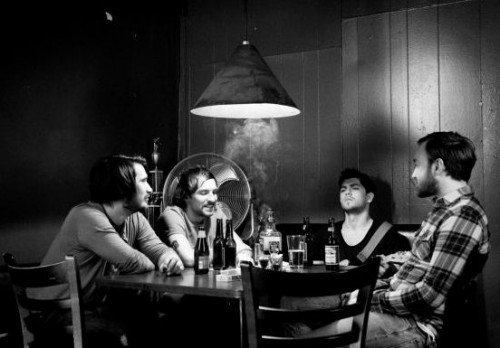 The band will also release their highly anticipated debut full-length album, ‘Free’ on May 2nd on Red Bull Records.
Produced by the legendary Gil Norton (Foo Fighters, Pixies), the album is an inspiring collection of songs full of ambition, pain, belief and soul.

In a world of music dominated by talent show winners, mass-marketed bands and meaningless music, here, finally, is a band in which to invest your heart.

Twin Atlantic will release their new single, the title track of the album, ‘Free’ on April 25th.

The single will be available on the following formats: Limited Edition 7” vinyl and download on April 24th will come with a previously unreleased song, “Sparky Touch”.