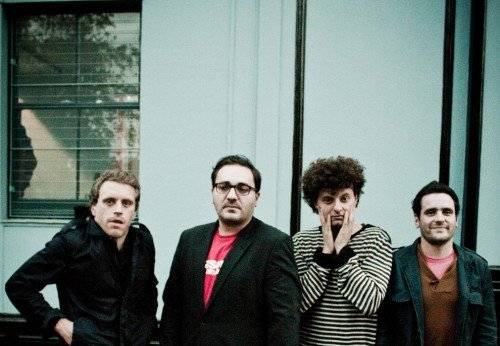 Turnpike Glow started life in Italy but are now UK based, bringing their sunny, quirky Phoenix influenced sound. Get their first offering, ‘The Turn, The Pike And The Glow’, as a free MP3 download:
Turnpike Glow – The Turn, The Pike And The Glow by abadgeoffriendship
The track’s strong euphoric chorus is contrasted by minimalist verses that allow the band’s strong vocal harmonies to shine through (catchy vocal harmonies being one of the band’s signature sounds). This is accomplished songwriting performed by a band that knows exactly what they’re trying to achieve.

It wasn’t long before Sandro and Giuseppe, the songwriting core of the band, moved to London armed with only their guitars and a bag full of European plug adaptors!

One rainy Sunday, they bumped into Anthony J. Hutchinson (drums) and Jeremy Levy (guitar) busking on the tube in giant sombreros. They talked, they laughed and eventually, they joined forces to become… Turnpike Glow!

An official single will be released in early 2012, along with their debut EP.
facebook.com/turnpikeglow