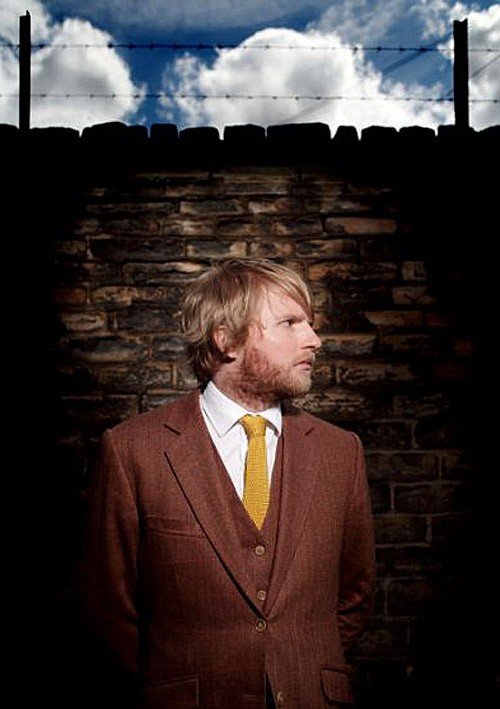 Download for free, the beautiful and moving track ‘The Angel Of The North’ by Tom Hickox, taken from his upcoming debut album ‘War, Peace And Diplomacy’.
Tom Hickox is a serious talent for serious times. Tom’s late father Richard Hickox CBE was one of Britain’s most renowned conductors, a Grammy award winner with over 280 recordings to his credit.

Tom’s mother was an orchestral timpanist. Tom, however never had formal lessons. “I knew as a kid I couldn’t possibly compete with my dad, and I didn’t want to. My parents let me doodle on instruments around the house. Really, I am untrained musician but I have a lot in my guts and in my ears that I picked up by osmosis.”

During his teenage years Tom sought solace in literature getting into Beckett, Pinter and Orton. As his passion for literature became more prevalent he joined a school rock band and began writing his own music.

“I wrote my first song using a poem in the back of the Big Issue and I got a lot of joy out of that.”

Tom Hickox is One To Watch this year and next!