The Wishing Well is the most exciting folk-rock band to come out of Melbourne, Australia. 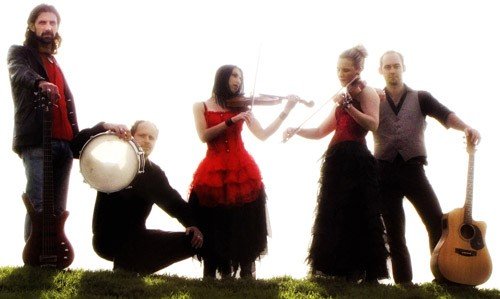 The Six piece’s music is an energetic mix of folk, rock and pop with huge mainstream appeal. They release their new album Fire In The Valley on May 9th out on All Recordings.
What Will We Become? free download by TheWishingWell
Long Way Down – out May 9th – is the first single to be lifted from The Wishing Well’s sophomore album Fire In The Valley and is a concise and dynamic piece of passionate orchestral rock, opening with a powerful riff of electric guitar and strings on top of crashing mid-tempo bass and drums.
www.TheWishingWellBand.com
www.myspace.com/TheWishingWellband
The Wishing Well live shows:
April
29th The Bronte Music Club, Belfast, Northern Ireland