Led by Sam Sundos, The Sundelles combine the west coast vibes of their California roots with the loneliness of the East Coast which the band now calls home. 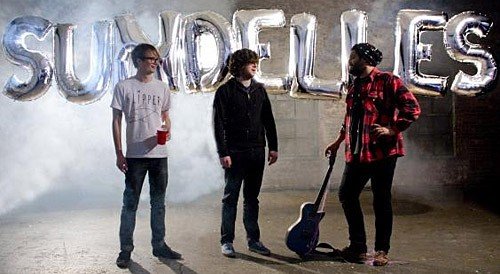 Sundos formed The Sundelles, the name a nod to Phil Spector girl groups, in garages all over southern California.

LISTEN TO The Sundelles “Kiss the Coast”

The Sundelles wrote and recorded the songs on their debut album, Georgia Swan, in early 2010. They entered into Studio G and invited Tony Maimone, of Pere Ubu fame, to take on production of their first record. T

he songs on Georgia Swan became lush, spacious, and polished; a sound that Sundos had been chasing since the founding of the band. Georgia Swan runs just over thirty minutes with ten songs; a hallmark of growth and a tribute to the Sundelles roots.

The Sundelles have been writing songs for themselves since the beginning but always with the intention of attracting those who appreciate the purity of pop music.
www.myspace.com/thesundellesmusic
The Sundelles on iTunes:
Photo by ©Jane Houle