The Narcoleptic Dancers are set to release their debut EP on November 8, 2010 through Bleepmachine/ Capitaine Plouf. 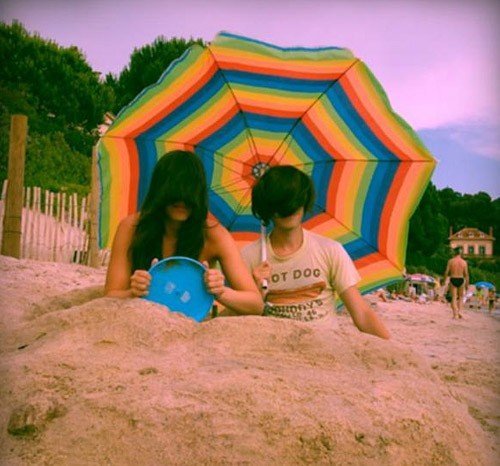 The Narcoleptic Dancers are Anton Louis Jr and Melody Van Kappers, a Franco-Dutch duo, who are half brother and sister. Recently reconciled, destiny brought them together through their passion for music. A fresh pop folk act with a difference.

So, here is the story of the magic union:
Johnny Van Kappers was a Dutch footballer, whose pro football career reached meteoric heights in the 70s. In 1978, he was transferred on loan by his club HFC Haarlem to AS Saint-Etienne for a season. At a major end of Championship party, the very night of his return, destiny happened: a furtive but passionate meeting with a Saint Etienne supporter. And so Anton Louis Jr was born in Saint Etienne, one fine day in 1979.

Lovingly brought up by his mother and Grandfather Anton was born with an exceptional voice. His grandfather, as head of a choir, passed on to him his passion for singing and love of work. He learnt to train his voice and would grow up to be a musician, singer and humanist. 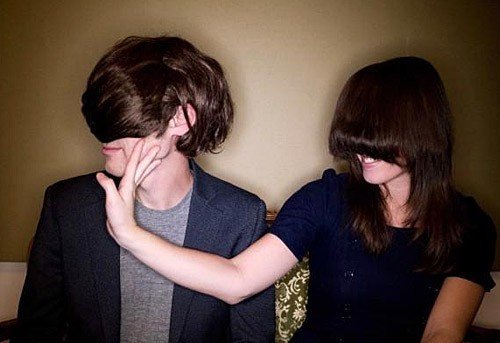 Johnny Van Kappers went home to Haarlem and became manager of HFC. In 1989, he would wed the club president’s only child, piano teacher and state violinist. The fruit of this union was Melody Van Kappers, born in 1990 in Haarlem.

Her parents would fall in love with a little mill, where they would set up home and, ahead of their time, a shop stocking only natural products, (way before the concept of bio existed.) Here, Melody would grow up in a happy, untroubled childhood spent in the garden with her musical instruments.

A childhood fed upon the country vegetables and folk songs loved by her mother. Even as a child, so small, Melody already knew what she was going to be when she grew up: a musician, singer and vegetarian.

It wasn’t until the very beginning of the 00s that Melody and Anton met, at a family party in Haarlem, thrown for patriarch Johnny Van Kappers. Dying from a leg tumour, he decided to reunite his entire family there, one last time. Encouraged by his wife, his main thought in mind was to meet the son he had never known.

Anton was blown away. Blown away, and yet comforted. Melody and Anton’s first meeting was fleeting, and troubling. They would start writing to each other non-stop but it was only at Johnny’s funeral one year later that Anton would see Melody again. He was sad to have lost his father, but happy to have found a family. They discovered one common passion: music.

And so, formed the duo. Melody passed on a carefree attitude to Anton that he had never known as a child. They took the name The Narcoleptic Dancers’ in homage to their father. The sports press had given him the nickname due to his peculiar haircut and his nonchalant dribble. Their trademark: the Johnny Narcoleptic Dancer Van Kappers haircut.

She writes and sings. Anton composes and produces. And they’ve asked the famous Ramon & Pedro to take care of their image. Their songs are gentle, fresh, light, poetic and energetic, just as they are, on stage and in life.

They’re currently working on their first album. It brings together the best of their childhood promise: pop songs and folk ballads, evidently, but not limited to that. There’s also electro-pop and promenades with old-fashioned charm.

Their influences range from The Moldy Peaches, Laura Veirs, The Breeders to Peter Bjorn & John with a little Grizzly Bear, Radiohead, Atlas Sound, and The B52’s in-between.