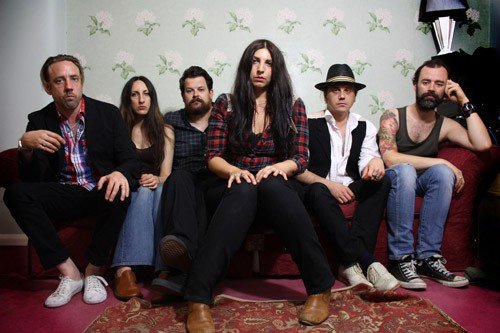 Check out Earthy rock six-piece, The Murder Barn’s free MP3 ‘In Every Sea We Drown’. The track precedes their debut EP ‘Gotta Good Man’ out on November 5th 2012.

The Murder Barn weave mesmerising and bombastic creations, each song telling tall tales. Singer Chesca Dolecka’s songs bare boned, are laconic, romantic, funny, and horrifying, but are fleshed out into full landscapes by the band.

Anglo Polish / Lebanese Sisters Chesca Dolecka and Becca Grover Jones have been making music together since they were children, drawing on a rich family heritage of classical violinists, big band trumpeters, drummers and storytellers.