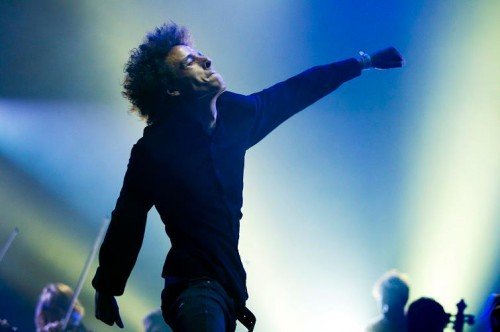 Amazing! Listen to ‘The Mushroom Cloud’ by The Kyteman Orchestra, an 18 strong group of musicians, opera singers, and a choir, inspired by hip-hop, drum and bass, electro, and minimalism.

The Kyteman Orchestra, one of the most exciting and unique musical collectives to ever emerge from Europe, play in the UK for the very first time at London’s Islington Academy on 13 June 2012.
The Kyteman Orchestra is a project founded by Colin Benders aka Kyteman.

On the new album Kyteman says “On this album, I wanted to provide the orchestra with a completely new challenge and at the same time try to find the limits of the vocalists and myself.

It has been a tough ride, but I can truly say that I am really proud of the result.” 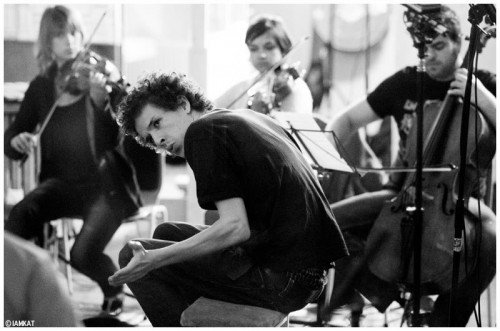 “This is a collection of sounds, somewhere between opera, hip-hop, drum & bass, electro, minimalism and all kinds of other genres that I can’t even begin to describe, for I don’t have the words for them.

All the instrumentals for this record were done in one take, with practically no edits whatsoever. So we played everything exactly as you hear it on the album.”

In the upcoming months The Kyteman Orchestra will be performing at many festivals and stages, such as the North Sea Jazz Festival and Lowlands.
EUROPE’S BIGGEST CULT PHENOMENON
THE KYTEMAN ORCHESTRA ANNOUNCES EAGERLY ANTICIPATED
FIRST UK PERFORMANCE
ISLINGTON ACADEMY ON 13 JUNE 2012
TICKETS ON SALE NOW
livenation.co.uk
kyteman.com