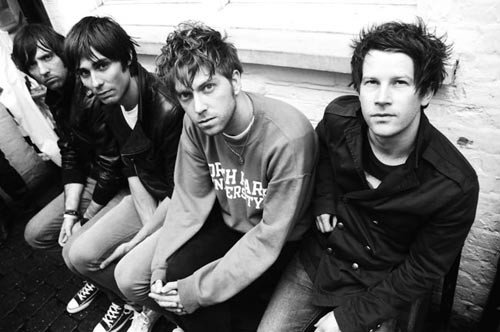 Up-and-coming London-based rockers The Jude’s new single, ‘Les Filles Francaises’, is the follow up to their debut release ‘Ha Ha Goodbye’ The Jude : “Les Filles Francaises” – (Sept 26th release- download) by 1-2-hear
This first self-release earned them great success and recognition charting in iTunes at #75 and the iTunes Alternative Chart at #8 in April.
The band describe their sound as “vicious skiffle” – punchy, energetic music to get you dancing, and ‘Les Filles Francaises’ is no exception.

In the same way that The Jude’s debut told the story of leaving a small hometown, ‘Les Filles Francaises’ is about the new people and new experiences that follow afterwards.

The song is also an ode to all things French, from movies like ‘Breathless’ and ‘Bande à part’ to Brigitte Bardot and Francoise Hardy.

With ‘Les Filles Francaises’ The Jude are proving they are a fresh and exciting act that are here for the long journey. wearethejude.com