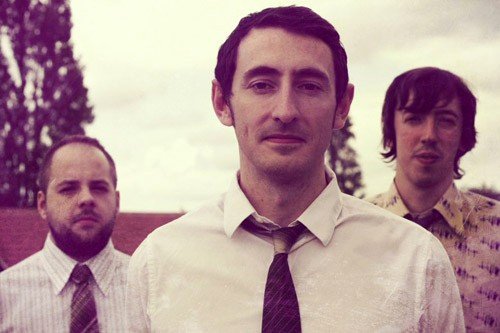 Adrian says – ‘I’m a bit obsessed with retro computing. I saw a film called Micro Men, set in Cambridge in the late seventies and early eighties. It’s based on the rise and fall of the two Cambridge computer companies; Sinclair and Acorn. Acorn was run by a guy called Chris Curry, Sinclair was run by Clive Sinclair.

The two used to work together at Sinclair but fell out and Chris went on to build Acorn. When both companies fell from grace the two of them ended up in a punch up.

During the dramatised version of the fight in Micro Men, Chris Curry says to Clive “We could have been the British IBM”. So that’s the origin of the band name.’
The British IBM are currently putting the finishing touches on their debut album, which will be released to coincide with a UK tour at the end of July 2012.